Dr. Mark Kizilos founded Experience-Based Development Associates, LLC (EBDA) in 2012. He specializes in leveraging work experience to accelerate talent development. He also teaches and consults on leadership and talent management, does individualized coaching and works with organizations to provide world class development experiences to executives from some of the nation's top companies.

Prior to establishing EBDA, Dr. Kizilos was Vice President of Talent Management and the Corporate University for Thomson Reuters, an information and technology company. In this role, he served as the chief talent strategist for the organization's integrated global talent management systems and led processes for management and executive development, talent reviews, performance management, and succession planning.

Earlier, Dr. Kizilos worked as a consultant serving clients such as PepsiCo, Delta Air Lines, Royal Bank Financial Group, and Target. His work with senior leadership succession has been cited as a best practice in Harvard Business Review, and he recently authored the book, "FrameBreaking Leadership Development." He has also served as Assistant Dean of Executive Education for the Carlson School of Management, at the University of Minnesota. 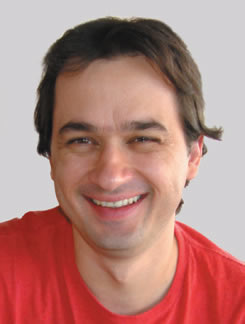 Pablo is an accomplished facilitator, coach and consultant with a naturally engaging style. He quickly taps the natural curiosity of others during both classroom and virtual sessions. He connects with diverse audiences, having lived and worked in Venezuela, Chile, and the United States.

Pablo began his career as a compensation consultant for William Mercer, a prestigious consulting firm in Venezuela. In that role, he consulted for numerous Fortune 500 and multinational clients including Motorola, Microsoft, IBM, MCI, AT&T, Honeywell, Digital, Telcel (leading mobile company in Venezuela), and Sun Microsystems.

After four years in this role, Pablo was transferred to 3M’s Minnesota headquarters to represent Latin America in the global project of standardizing 3M’s Human resource administration and establishing a universal platform for its human resource information system (HRIS).

After successfully completing this project, Pablo was appointed to lead 3M’s Sales Center of Excellence for Latin America. His responsibilities encompassed sales training and coaching, and designing, developing and implementing productivity and sales cycle tools and metrics.

Since then, he has moved to Chile, where he continues to consult for 3M on productivity and human resource issues.

Pablo received a Bachelor of Arts degree in labor relations and a Master of business degree in business economics at the Economic and Social Science Faculty Andres Bello Catholic (Jesuits) University.

With over twenty years of international experience across industries, Con specialises in leadership, talent management, organisational development, strategic planning, and change facilitation. He has particular expertise in leadership development throughout the Asia-Pacific region, and has coached developed executive teams in EMEA and The Americas.

Prior to consulting, Con was Vice President of Global Leadership & Talent at SunGard based out of Hong Kong, where he introduced and embedded talent initiatives across business units. This included partnering with Cornell University to develop and launch a suite of skills-based leadership and high potential programs. Prior to joining SunGard, Con headed up talent and O.D. in Asia for Thomson Reuters, also based out of Hong Kong.

Con is master certified and accredited in coaching and leadership programs, designed for leaders at all levels. His particular areas of coaching specialisation include:

He has received an Award of Distinction from the Order of Australia for contributing to a vision for Australia and community engagement. Con is currently undertaking a Masters in Management through Monash University.

As the Manager of ELearning technology for Thomson Reuters in Minneapolis, he created online Learning Management Systems and tools to facilitate individualized learning and development experiences.

Prior to joining Thomson Reuters, Paul was a consultant at the Center for Leadership Solutions, where he created management development software, focussing on products targeted for IT leaders.

Paul practiced law in Minneapolis, Minnesota. His primary area of practice was prosecuting employment discrimination cases involving race and gender issues. As the lead attorney, he wrote the winning brief in a landmark auto insurance case before the Minnesota Supreme Court.